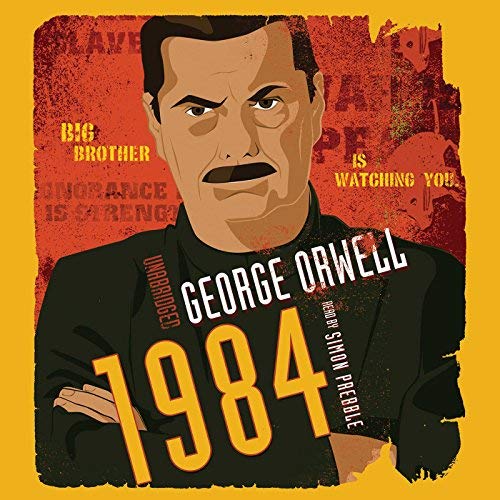 Technology (then and now) is a threat to everyone’s privacy and self-determination.

However, technology has a much wider; more intrusive role today than in 1949

Advances in social media through Facebook, Twitter, LinkedIn, and others–with the help of Google, Amazon, and Apple, are encroaching on everyone’s right to privacy and personal thought.

Jingoism, war threats, and propaganda fill newspapers, television reports, and the Internet to influence and manipulate indigenous and exogenous populations.

American, Chinese, Iranian, Syrian, Russian and Turkish governments tell the world that their internal turmoil is caused by outside influences.

Some leaders lead by falsehood. The truth is hidden by leader’s divisive diversions and subversion.

Yesterday it was gangster-ism in Ukraine; today it is abandoning Kurdish allies who fought by the side of Americans in Syria.

Orwell’s vision of totalitarianism and population indoctrination in “1984” is more direct than today’s media manipulations. Google argues that search-engine’ clicks are meant to customize consumer searches for information, but how far is that from thought control?

The inherent subtlety of social media seduces rather than tortures people into thinking in a particular way.

People are killed by media manipulation of the truth. Media manipulations cause conflict, but rarely cause death on a mass scale.  (Of course, it is a mass scale to the mother, father, grandparent, sibling or friend who loses someone they love.) Orwell is saying there are no ideological differences between a media-manufactured war and a real war when people die.  Is the American government out of control?

Orwell points to media-manufactured wars that are not really wars between nation-states. Thought diversions and public-conflict misinformation spread by the government and the media make indigenous populations endorse, obey, and follow their leaders.

Now we have the economic and health threat of Covid19. What measures must be taken to mitigate the economic destruction and death that it causes? Where is the line drawn between autocratic rule and democracy? With a President acting as king, are America’s “checks and balances” strong enough to protect volitional rights?

With arbitrary hiring and firing of critical government administrators there is reason to doubt more economic destruction and death are not inevitable.

Acquisition of nuclear weapons to foment a war is a fiction. It is a fiction designed to manipulate public opinion.

The concern over nuclear proliferation is about fear of mistakes and nuclear accidents; not nuclear war.

This is not to say nuclear proliferation is not a danger to the world. It is a danger, but more because of its use as a political weapon than a tool of war.

Iran and North Korea incite their people to expand nuclear weaponry to gain status in the world. It is not an irrational move in the real politic of public affairs. A former Israeli spy master (Meir Dagan) noted on national television that Iran’s government officials are rational; mutual nuclear destruction is not rational.

Orwell characterizes nation-state populations as three tiered; e.g. upper, middle, and lower.  The upper class conception is a ruling class that controls a nation; the middle class strives to become a part of the upper class, and the lower class (estimated at 25% in the U.S.) is suppressed by both the upper and middle class to maintain the three tiered structure.

Orwell suggests the upper class becomes a kind of collective with a particular ideology that usurps capitalist ambition by trading wealth for collective power. This is the concern one has over the widening gap between rich and poor.

One might say that the “collective” concept has more relevance in a socialist country but money is power in America so Orwell’s upper class definition is equally relevant in a largely capitalist country.   The difference is a matter of degree; i.e. rather than an oligarchy of socialists, America has an oligarchy of wealthy corporations and multi-millionaires.

All revolutionaries cannot be subverted, imprisoned, or murdered. One might argue Orwell’s “1984” torture of revolutionaries is being replaced by corporate use of private data and government propaganda to achieve the same purpose.

Orwell is as prescient today as he was in 1949.