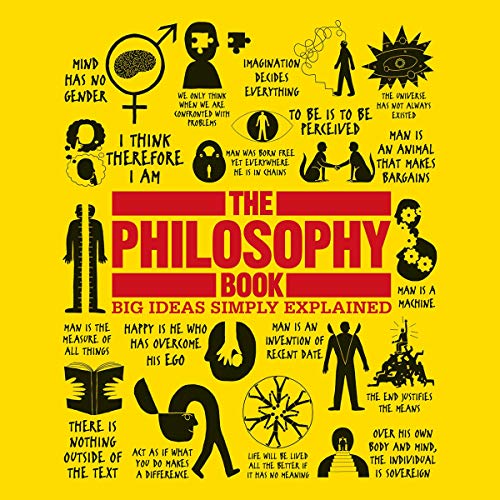 Will Buckingham succeeds in telling the story of philosopher’s big ideas. Buckingham takes listeners on a journey through the ages of philosophy. Beginning in the pre-Julian Roman calendar of 585 BC, Buckingham explains how Thales of Miletus began humanities’ journey from belief in mythology to observation and prediction. Miletus predicted a solar eclipse, presumably based on astronomical observation.

Socrates is believed to have lived from 470 to 399 BC when he chose to take his own life when found guilty of charges of blasphemy and corrupting youth.

Socrates could have escaped execution according to Plato’s writing in the “Phaedo” but chose to drink Hemlock tea, the poison of capital punishment.

Socrates denies both accusations against him. Plato writes Socrates mentions the god Asclepius (one of the gods noted for healing) in his last moments of lucidity. The implication of Plato is that Socrates believed in the gods. Socrates flatly denies the corruption of youth for which he is accused.

Buckingham notes what is known of Socrates is only through Plato and Aristotle’s writing which support his innocence by relating stories of Socrates search for truth.  An ancient Oracle is said to have told Socrates he was the wisest of all men. By questioning beliefs of those who professed wisdom, Socrates finds others ignorance and understands why the Oracle considers him the wisest “…because I alone, of all the Greeks, know that I know nothing.” It is through dialog with others about belief that Socrates finds other’s ignorance and his wisdom.

Before Socrates, Buckingham notes the prominence of Confucius who lived in China, between 551 to 470 B.C.E. Both Socrates and Confucius search for truth.

Both are searching for causes of societal chaos. However, where Socrates looks to dialog with others and communication with the gods for help in understanding life, Confucius looks to what is called the DAO, i.e., the “way”, the road, or the path that gives harmony to human nature. In the DAO, there is a yin and yang to life that leads one to a harmonious code of behavior. It is neither based on God or gods but on the search for harmony in life.

Though Socrates and Confucius seek wisdom, their paths are quite different but with similar objectives.

This seems a beginning of a split between gods, God, and human belief. The Greeks pursue the help of gods for earthly harmony. The Chinese search for a path to human harmony within society, exclusive of gods or belief in one God.

Buckingham proceeds to overwhelm listeners with mostly well-known philosophers of history. He does not make a distinction between belief in gods, God, or what is broadly characterized as science.

In coming to grips with the number of philosophers noted, one tends to rely on a perceived societal direction. To this listener, the direction is away from God, toward science.

This is not to say that science or philosophy excludes God. There are many famous scientists who claim belief in God. Rene Descartes, Isaac Newton, Galileo Galilei, Albert Einstein, Gregor Mendel, and Charles Darwin, to name a few. The irony of that truth is that each of these scientists made discoveries that weaken one’s belief in God because their discoveries offer insight to the origin of life and living without God.

The list of non-believers is as long or longer. Some say Einstein was an Atheist. There is Daniel Dennett, Michael Shermer, Rosalind Franklin, Sigmund Freud, Stephen Hawking, Richard Dawkins, Richard Feynman, Niels Bohr, Francis Crick, Erwin Schrodinger, John Bell, and so on.

“The Philosophy Book” offers more information about philosophers than one may want to know. Nevertheless, it offers a well written overview of belief, if not wisdom, in the world. One may ask themselves, what’s next? Artificial Intelligence seems to offer our best chance of survival if humanity is on its own.