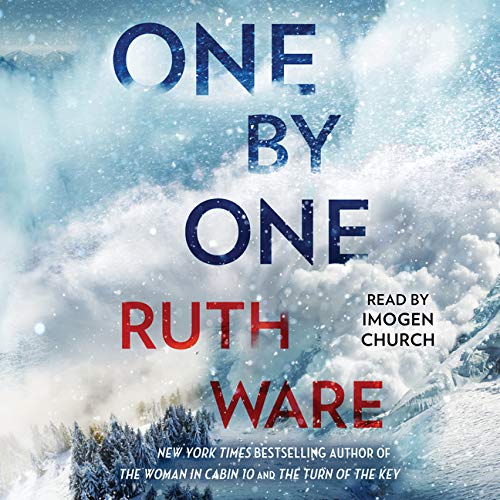 “One by One” is a maudlin psychological thriller that makes a mockery of responsibility.  John Green’s “The Fault in Our Stars” creates characters that truly illustrate things beyond human control.

Erin is a chalet hostess.  Liz is a guest.  A media tech company organizes a corporate meeting for stockholders to decide on a private buy-out offer.  Most shares are owned by two principles. A small percentage is owned by Liz.  The 2 biggest stock owners disagree about the sale.  The founder wants to stay private to sell shares in a public offering sometime in the future.  The partner who wants to sell now needs the 2% shareholder to agree to the current offer for the sale to close.  The proposed buyout will make Liz a millionaire even though she holds only 2% of the shares.  The sell-now partner has a verbal agreement from Liz to agree to the sale.  The selling partner is murdered or missing before a final vote is taken by the shareholders.

If a crime has been committed, Ware outlines motives for who the killer might be from a plethora of characters.  That is part of the problem with her story. There are a too many vaguely defined characters.

It is not only the number of characters, but also the annoying mechanism of first-person narration of the two main characters.  As an audiobook, it is often difficult to know who is talking.  There is only one narrator who shows no voice inflection when the character changes. Is Erin or Liz talking?

Further, characters are not well defined in Ware’s mystery.  Ware is obviously an experienced writer. She foreshadows the murder of the “selling partner” who wares a red coat when the group decides to go skiing before the final shareholder’ vote.

The obvious choice of murderer is the founder of the company who does not want to sell.  However, a reader/listener of mysteries knows it is unlikely that the most obvious perpetrator is the culprit.

The search for clues revolves around motives of Ware’s characters.  The disclosed motives are unremarkable.  The principal motive is found to be people who fail to take responsibility for those things within their control.  The annoying refrain is “it’s not my fault”.

Some may find Ware’s novel a worthy mystery.  To this listener, the characters are paper dolls in lives controlled entirely by circumstance.