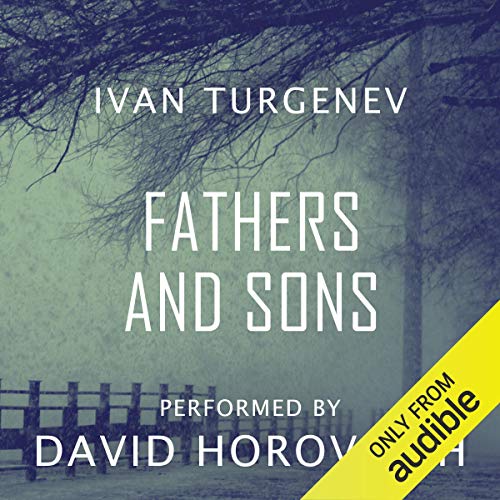 Understanding the culture of other countries is aided by reading histories and literary classics.  Like Tolstoy and Dostoevsky, Ivan Turgenev paints a picture of Russian culture in the mid-1800s.

In “Fathers and Sons” it is the age of Alexander II, the Russian Tsar who began his reign in 1855. He presided over emancipation of serfs in 1861.

The Tsar’s intention is to liberate serfs from aristocratic servitude.  In respect for the Tsar, some Russian farmers offer their farmland to serfs in return for rent or a percentage of profits from the sale of produce

There is great turmoil during this time in Russia.

The principal character in “Fathers and Sons” is Yevgeny Vassillievitch Bazarov.  He is a young doctor who sees the world through science.

Bazarov does not believe in God and sees morality as a fiction induced by society.  He is a nihilist.  He purports to believe life is meaningless.

In this Russian era, serfdom created an uneducated underclass that feeds Bazarov’s beliefs.  Serfs had no place in society.  They were indentured to an aristocracy that used them as slaves to cultivate land holdings.

Alexander II creates change which would allow serfs to own land, work for themselves, and break their cycle of poverty.  However, serfs as well as the aristocracy are unprepared.  Farmers who try to free their serfs find their farmland turns fallow.  The reasons for loss of productivity are complex but such a sudden change in opportunity is either not properly capitalized or resistance by aristocrats scotches Alexander II’s liberation.

Bazarov sees serf liberation as evidence of the meaninglessness of life.  Bazarov and a fellow traveler, both sons of farmers, return to their family farms after finishing their education.  The fellow traveler is Arkady who idolizes Bazarov.  Arkady’s father’s farm is shown to be deteriorating when the two travelers visit.  Bazarov observes the indolence of former serfs who work the land.  At the same time Bazarov notes the entrenched aristocratic prejudices of Arkady’s uncle who has come to live at the farm. This uncle is an immaculately dressed and groomed middle aged man who is well known in aristocratic circles.

Bazarov’s suggests Alexander II’s reform only reinforces the meaninglessness of life.  To Bazarov, human nature is immutable, God does not exist, and art is an affectation.  He places this argument at the feet of Basarov’s uncle. Arkady agrees with Basarov and recognizes him as a mentor and superior intellect. Both the uncle and Arkady’s father are offended by Basarov’s comments. The uncle is appalled by Basarov’s nihilism.

Turgenev introduces a doppelganger of Basarov in a wealthy young widow named Anna Odinsova.  Odinsova is attracted to Bazarov’s views based on her life experience.  She sees life as equally meaningless.  The irony is that Basarov falls in love with Odinsova.  Loving someone contradicts meaninglessness in life.  Odinsova does not love Basarov but admires his intellect.  Basarov’s professed love betrays his nihilist beliefs.

Turgenev accelerates his argument against nihilism by having Arkady fall in love with the sister of Odinsova.  This sister has the moral strength of Odinsova but accepts Arkady’s love, and marries him. They settle on Arkady’s father’s farm.  Arkady, with the help of his new wife, make his father’s farm prosperous.  Arkady’s father changes his role at the farm and is eventually able to retire.  Nihilism has no place in Arkady’s life. Life has meaning to Arkady.

Turgenev leaves his audience with the belief that Odinsova will overcome her belief in nihilism. She marries a prosperous and dynamic Russian businessman.  Turgenev suggests she may grow to love this businessman and abandon her mistaken view of life.  This is a Turgenev’ finishing nail in nihilism’s coffin.

Turgenev’s warning to humanity is that God, morality, and love makes life worth living, while ignominious death is left to nihilists.

Basarov dies from Typhoid, never to realize the wasted life he has led.  His death leaves his mother and father to grieve over Basarov’s great potential and lost opportunity.