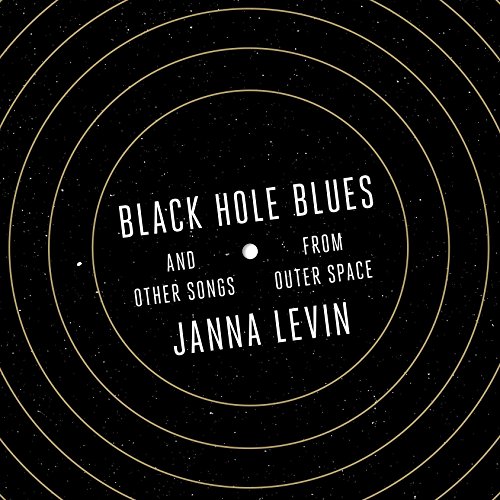 Black Hole Blues and Other Songs from Outer Space

Janna Levin writes a brief history of the invention of the Laser, Interferometer, Gravitational-Wave Observatory, LIGO for short.

Janna Levin is a professor of physics and a theoretical cosmologist.  Obviously, a well-educated and intelligent person but not an accomplished writer.  Levin’s history fails to capture a coherent picture of what LIGO is or who the scientists were that pursued understanding of gravitational waves.  The many scientists involved are a confused jumble of characters who are never clearly described except as scientists in pursuit of an elusive discovery. Levin does offer character quirks of many of these scientists but fails to bring them to life. The significance of gravitational waves in Levin’s story seems less stellar because it is given little context in the world of science.

The best one can say about Levin’s story is that it sparks interest in a layman’s understanding of Einstein’s theory of gravitational waves.

Levin offers some understanding of the subject but misses a succinct description without a listener having to turn to other sources for clarification. Gravitational waves are air particles–that vibrate like a guitar string when it is strummed, or a drum is beat. That is as close as Levin gets to a definition.  Einstein predicted cosmic’ gravitational waves are created when phenomenon like black holes, or “Big Bangs” occur.

One reason Levin’s story holds interest to this critic is that two LIGO’ observatories had to be created to confirm Einstein’s theory.  One was in eastern Washington, the Hanford nuclear reservation, and the other was in Louisiana.  I lived in the Hanford area in the seventies, not as a scientist but as a project manager for a local developer.

It has always been something of a mystery that eastern Washington continued to develop after WWII when Hanford played a big role in the science of nuclear fission that led to Hiroshima’s and Nagasaki’s bombing.  One thought Hanford’s nuclear program would wind down with mitigation of nuclear contamination in the area, but the area continues to grow.  LIGO is one of the reasons Richland, Kennewick, and Pasco (known locally as the Tri-Cities where Hanford is located) continues to grow.

One must acknowledge Levin’s story offers some personal insight to the nature of scientific discovery.  She shows how a community of scientists is plagued by the same insecurities and ambitions of any human organization.  There are always organization struggles over who is in charge, how internal conflict is resolved, and how money, power, and prestige affect productivity.

Levin implies conflict may be more intense in scientific pursuit because personal motivation is different.  She seems to imply scientists are more motivated by power and prestige than money.  One doubts that is true because humans within any organization have degrees of desire based on all three motives.

The beginning of Levin’s story is with Rainer Weiss, a professor of physics at MIT.  Weiss’s interest in gravitational waves began with his interest in radio waves and refinement of phonographic reproduction.

As a child, Weiss experimented with speaker systems and refined reproduction through tinkering with how records reproduce music.  Levin suggest Weiss’s personality is deeply affected by his families experience with authority in Germany during the Nazi’s rise to power.

Weiss pursues his interest in gravitational waves with Soviet scientists, and two Scots named Ronald Drever and James Hough.  Levin imprecisely explains their collaboration and how each conflict with the other over control of the science of gravitational waves.  Drever is a brilliant tinkerer who designs a rudimentary gravitational wave detector.  In 1980, the National Science Foundation funds a large interferometer study at MIT.

After fits and starts, Rochus Vogt is appointed as director of the development at the LIGO project.  Levin, also a family victim of Nazism, notes that Vogt is an important first director because of his ability to organize scientific research.  However, Vogt is noted as an authoritarian that often conflicts with other scientists (like Drever) who worked on LIGO.

Levin explains Vogt was a manager who resented authority of any kind but had a high degree of organizational skill. Levin suggests Vogt’s family experience with Nazism fed his dislike of supervision or direction from others.

Levin notes that Vogt had a great deal to do with successfully raising funds for LIGO’s early development. However, he was eventually fired for his authoritarian way of dismissing other team members ideas and his objection to superiors’ oversight.

Levin notes the massive size and cost of the project which finally locates in two states, Washington, and Louisiana.  Funding is key to its development and is delayed for various reasons.  The politics of science research is touched on by Levin but not clearly defined.  One surmises from Levin’s book that location of expensive projects are as much a political as science-based decision.

There are many pessimists and a few optimists on the value of this research. The time it took to confirm or deny the theory of cosmic gravitational waves is long, expensive, and seemingly serendipitous.  Attempts to prove Einstein’s 1916 theory began in the 1960s, but it takes over 50 years to even begin to prove the existence of gravitational waves.  In the end, Levin recounts the success of these scientists’ efforts on February 22, 2016.

Without Levin’s final chapter, “Black Hole Blues…” would be a literary failure.  However, with this chapter Levin redeems her story.  Without science, the world would remain in the dark ages; burdened by myth and superstition that distorts the true value of being human.