The Secret Agent, A Simple Tale 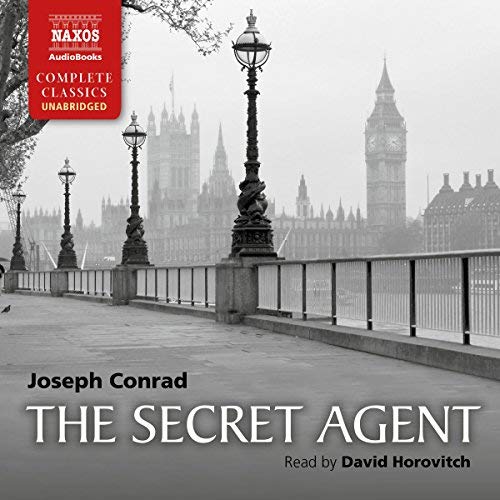 The uni-bomber, Ted Kaczynski is said to have read The Secret Agent as a coda for his decision to murder and maim innocents. Kaczynski’s craziness and the atrocity of 9/11 are most often referred to in modern reviews of The Secret Agent.

The Secret Agent is about a middle-aged, over weight secret service agent named Adolph Verloc.  Verloc lives in England and is a spy for an un-named country.  Verloc is called into his employer country’s Embassy to tell him that he is going to be fired unless he provides some actionable service for his pay.  Verloc is upset with the news because he is dependent on the income received from the foreign country.

Verloc lives with his wife, mother-in-law, and brother-in-law; none of which know that he is a spy.  The brother-in-law is mentally challenged but idolizes Verloc.  Despite Verloc’s ownership of a small business, his family depends on his income as a spy.  Verloc is a cypher, a character that must mean more than he seems.  He seems less than smart.  He is selfish.  He cares for others but only in proportion to what they can do for him.  He has infiltrated an anarchist organization as a principal officer but seems frozen in place.  As the story progresses, Conrad never dispels the feeling that this character is too dumb to be a spy.

The anarchist organization members are made up of nihilistic agents; in particular, a con man named Ossipon and a bomb maker called The Professor.  Verloc asks The Professor to make a bomb for him based on a plan suggested by the Embassy that Verloc visited earlier.  The plan is to blow up the Greenwich Observatory near London.  Verloc chooses to use his mentally challenged brother-in-law to carry the bomb.  Once again a reader/listener is confronted with the feeling that Verloc is too dumb to be a spy.

What is to be made of re-publication of and public interest in The Secret Agent?  After all, it was published over 100 years ago.  Is it a satire that reveals the absurdity of secret service organizations?  Is it a primer for terrorist wannabes?  Is it a rejection of capitalism?  Is it about the vacuity of me-ism (life is all about me)?  Does it reveal the secrets of a terrorist’s philosophy?  Is it about the aftermath of a terrorist event?  It seems the book is partly about all of the above.

It’s relevance today reminds one of the poisoning in 2018 of a defecting Russian spy and his daughter in London.  Sergei Skirpal and his daughter are poisoned by a Novichok nerve agent in their home.  The bottle in which the Novichok is stored was discarded and picked up by two innocent bystanders who think it is a perfume bottle.  Dawn Sturgis, a 45 year old woman, dies in the hospital.

Putin denies ordering the poisoning and suggests the evidence for his denial is that the bunglers who handled the poisoning could not have worked for the Russian spy agency because they are professionals.

The Secret Agent is only marginally interesting because of Horovitch’s narration.  However, in light of Putin’s 2018 denial and the murder of Adnan Khashoggi, foreign agent’ bungling is more than an ironic joke.