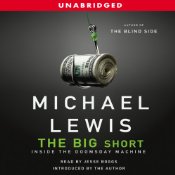 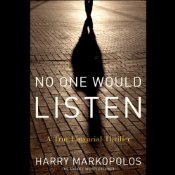 “The Big Short” and “No One Would Listen” reveal the nuts and bolts of how smart and stupid a free society can be.  There is plenty of blame for every person involved; both perpetrator and victim.  Human nature is an equal opportunity victimizer.  Freedom of opportunity beckons good and bad behavior in man.

Money lenders like Countrywide and Washington Mutual fed bogus “no doc” mortgages to investment house mathematicians (known as “Quants”) that worked for companies like Goldman Sachs and Merrill Lynch to create derivative (real estate backed) securities.   Inept management by Fannie Mae, and Freddie Mac offered mortgage insurance for grossly overleveraged mortgages.  Companies like AIG removed investor risk by insuring banks against bad investments.  All of these foolish actions coalesced to bankrupt companies and families around the world.  Individual lies, bungles, and missteps in the real estate industry created the worst recession since the 1929 stock market crash.

While this real estate debacle was developing, Bernie Madoff built a 50 to 70 billion dollar empire by making fools of the U.S. Government, European royalty, world wide charities, and working families.  Madoff lied, cheated and stole billions of dollars from wealthy investors, charities, and mom and pop businesses with offers of bogus investment returns based on buying from Peter to pay Paul.  He paid dividends to earlier investors by taking money from newer investors.  As long as people believed in Madoff, or deluded themselves, his wheel of fortune continued to roll. As the real estate market collapsed, old investor money was recalled and new money became unavailable.  Madoff’s failure was inevitable.

Michael Lewis identifies seers that recognized “Quants” were packaging doomed mortgages into re-saleable financial instruments called derivatives.  Victims care little about who the seer heroes were but they were ringing warning bells long before the real estate collapse occurred.  Seers by chance and foresight created “The Big Short”; betting on the coming real estate collapse.  Seers became rich as the “too clever”, uninformed, or greedy victims became poor.

Madoff’s investment lies were exposed in Markopolos’ written “red flag” report to the Security Exchange Commission in the year 2000.  The title of the book “No One Would Listen” tells the story.  “No One Would Listen” is an indictment of democratic government in free society.  His story exposes an inept and failed SEC, an agency created by government to protect investors.  The irony is that Madoff did not get caught, he confessed in 2009 because his Ponzi scheme fell apart. along with the collapse of the real estate industry.

Regulation is not a perfect solution for control of bad actors in a free society.  However, no regulation is worse.  The forensic reports of Michael Lewis and Harry Markopolos show what happens when efforts to regulate human nature are abandoned.  Thomas Hobbes’ “Leviathan” lives to wreck havoc on society.

The narrators of these two books, Jesse Boggs and Scott Brick, are easy to listen to and the author’s forensic stories are valuable to hear.