The Death of the Adversary: A Novel 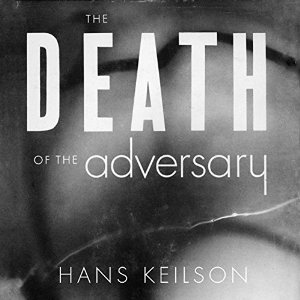 “The Death of the Adversary” is a chilling view of the rise of Nazism in Germany.  Hans Keilson never mentions the word Jew or Hitler in his novel about the 1930s but notions of history inform the listener of what Keilson is writing about.  Names are not named because Keilson writes the story while hiding during WWII.  He flees Germany to join the Dutch resistance when denied the opportunity to practice medicine as a Jew.

The main character of Keilson’s novel refuses to believe his father or acquaintances at work and school of the threat of the unnamed adversary in Germany.  This anti-hero pursues his life as though the threat of Nazism would pass without affecting his life.  However, as events unfold, the anti-hero hears the radio voice of “…the Adversary” and begins to understand the underlying murderous intent of a charismatic political actor who will turn German lives upside down.

Keilson writes of a speech given by “…the Adversary” to give the reader/listener some insight to the power of words in the hands of a consummate actor.  It is a terrifying realization both to the anti-hero and the reader/listener of Keilson’s book.  The realized terror is that spoken words by one actor can lead to a genocidal mania on the part of a chosen people.

There is relevance in Keilson’s story for events today.  Pundits and politicians use words to victimize and terrify immigrants, and minorities in the same despicable language of yesterday.

The recruitment is for a team of hooligans to desecrate the graves of a cemetery which one presumes is a particular ethnic graveyard.  The purpose is to defile the memory of a particular graveyard and the common beliefs which it represents.  Some of the participants are ambivalent about the mission but go along with the leader’s direction.  Head stones are overturned and graves are shat on.

Keilson recounts the love and guilt of his anti-hero by explaining how his father prepares a suitcase for himself, his wife, and his son.  The suitcase for the parents is preparation for the knock on the door in the middle of the night.  The parents do not plan to leave their country in spite of the danger which the father knows.  The suitcase for the son is for him to escape the country.  The son seems resigned to let life happen.  He is an anti-hero that is prepared to let events control his life; even though the consequence may be the loss of his parents.

One is compelled to wonder about oneself in listening to Keilson’s story.  Who will choose to confront the adversary?  Who will “go along to get along”?