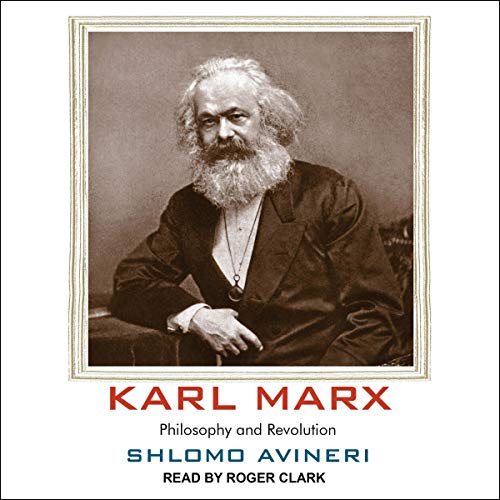 Is economic evolution about mind or matter?

Shlomo Avineri offers a more studied view of one of the three most influential economist in history, Karl Marx. Marx’s influence extends to philosophy, history, sociology, and politics.

Avieneri illustrates how categorization of Marx as an influential economist minimizes his historical significance. Marx is born in Trier, Germany.

His father, Hirschel HaLevi (aka Heinrich Marx), is a practicing lawyer, the son of Marx HaLevi Mordechai and Eva Lwow.

In Trier, after Napoleon is defeated at Waterloo, Germany returns to a highly discriminatory Prussian attitude toward Judaism. Karl Marx’s father, and eventually his mother, are compelled to convert to a Christian religion to advance Marx’s father’s career as a lawyer. Karl Marx’s grandfather is the rabbi of Trier who passes on that title to Karl Marx’s brother.

Avineri gives this brief family history to explain Marx’s Jewish heritage. It offers some insight to why Marx outwardly discounts his religious heritage while putting him on an intellectual journey toward political and economic reform.

Marx’s father might be considered a classical liberal because he promoted constitutional reform of the Prussian government’s denial of equal rights. Avineri implies the experience of his father leads Karl to pursue the study of history and philosophy because of discriminatory treatment of his family. The act of discrimination naturally makes one class conscious. Karl Marx’s political and economic ideas grow from that familial background.

Avineri suggests Hermann Hesse and Hegel are significant influences in Karl Marx’s life. Hesse is a contemporary of Marx. Hesse is influenced by Rousseau who believed in natural equality. Hesse’s literature addresses the inequality of workers and the capitalist class. He sensed the growing political danger of that inequality and, in writing about it, became an influence on Karl Marx’s view of capitalism.

Avineri’s explanation of Hegel’s influence on Karl Marx is a little more complicated. Fundamentally Hegel believes social development is an evolution of one’s mind to recognize that all humans are created equal. In contrast Marx believes social development is an evolutionary process of society’s actions in regard to material things. Marx believes the haves of the society recognize the inequity of the have-nots and will evolve to establish common good in the distribution of material things. Both Hegel and Marx agree that there is a dialectic process, but Hegel thinks it is a state of mind that changes while Marx suggests it’s a state of equal distribution of concrete goods.

It is impossible to deny Marx’s notes about inequality. One can argue that this was truer in Marx’s lifetime than it is today. The advent of social security and national health care, and welfare programs have reduced human inequality.  However, human inequality remains a serious social problem in every society and all government systems of the present day.

Whether Marx or Hegel’s evolutionary dialectic is true remains unknown. Neither capitalism, socialism, or communism have evolved to solve the problem of inequality, whether it is the dialectic of mind or matter.

Avineri’s biography of Marx is better than the previous biography reviewed in this blog. He offers a more intimate understanding of Karl Marx’s life and how he came to believe what he believed. The answer to the question of whether economic evolution is one of mind or matter is, of course—both. Human brains must evolve, and matter must be equally available.