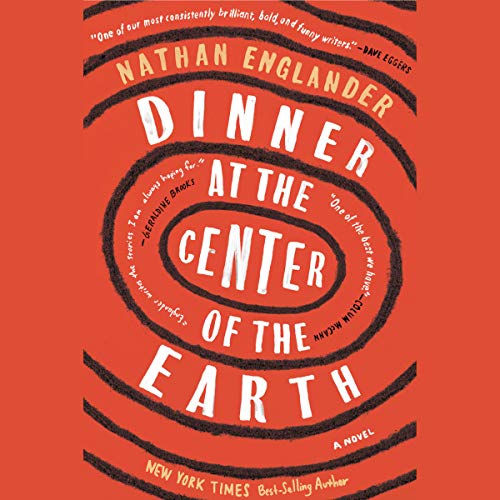 Dinner at the Center of the Earth

“Dinner at the Center of the Earth” is a story of spies.  It is a short novel illustrating the intransigent and complex conflict between Israelis and Palestinians.

The context is in the last years of Ariel Sharon’s life before, during, and after his death from an 8-year coma.

A spy for Israel is recruited by “The General” through a connection with an American Jewish mother who persuades her son to become a spy for the Israeli government.  The son reports only to “The General”, without any direct connection with the State of Israel.  The plan is liberally financed by Israel.

The recruit poses as a wealthy entrepreneur that brokers used computer equipment to foreign countries.  With that cover, he infiltrates an Egyptian supporter of the Palestinian cause of repatriation.  “The General’s” goal is to eliminate the Egyptian cell.

The infiltration is a success, but the price paid by the spy is in a bombing designed to destroy the leaders of the Egyptian cell.

In the detonation, the building collapses on an adjacent building occupied by an innocent family.

The leader of the cell is the brother of the person befriended by the recruit.  When the bombing occurs, the “friend” of the recruit realizes he was set up.  He contacts the spy and tells him what death he has brought to his family and to innocent children near the bombing.

Contrary to the rules of spy craft, the recruit acknowledges his role and asks for forgiveness in return for intelligence on Israel.  The recruit betrays Israel.  In finding the recruit’s betrayal, “The General” puts him in an isolation cell that no one knows about.

In the end, with the help of a gift from his guard, the recruit hangs himself.  The guard knowingly supplies a belt with a gifted robe, a forbidden act by the guard.  He knew the gift would give the recruit a choice.

The meat of the story is in how the recruit is caught.  This is where the story becomes maudlin and unbelievable.

The counter spy that captures the recruit is too contrived.  She is a beautiful waitress with unfathomable wealth.  There are so many clues to her duplicity, only an idiot spy would not see what is happening.

In a non-sequitur reveal, a listener is introduced to a Palestinian peace maker. He is called the map maker because he suggests the creation of two states.  The female Jewish spy who led to the capture of the recruit has a deep and committed relationship with this Palestinian.

This “waitress” and “peace maker” plan a dinner for two in an underground tunnel between Israel and Gaza. It is a “Dinner at the Center of the Earth”.

The “waitress” and “peace maker” seem to represent the only hope for comity between Israelis and Palestinians.  The moral seems death of human innocents is what matters, not land.

If there is a saving grace to Hammond’s story, there are both Palestinians and Jews who wish for peace.  Peace is only conceivable with a growing recognition that death of innocent children is too high a price to pay for land that only belongs to nature.