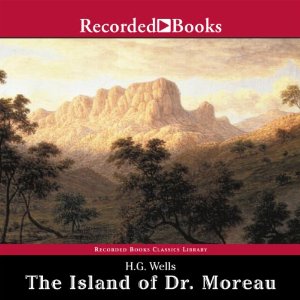 The Island of Dr. Moreau

The Island of Dr. Moreau is an apocryphal story; i.e. it raises many human’ issues—like morality, ethics, meaning of life, and the boundaries of civilization.

The original story is mired in 1896’ science but the story remains relevant for 21st century cloning and genetic manipulation.  Wells envisions a brilliant physiologist who finds a way to meld the physiological characteristics of man with beast.  This extraordinary feat is not technically revealed which diminishes the sense of suspended belief but the idea opens a Pandora’s Box of evil that is only mitigated by hope.

Dr. Moreau’s demented intent is to civilize the animal kingdom by creating “humanimals” that offer opportunity for animals to talk and resist thoughtless instinctive actions.  The idea is crazy on many levels–not the least of which is the evil that lurks in human’ minds that compel equally animalistic instinctive actions; but, Wells tells an apocryphal and believable story about science run amok.

In the 21st century, science advances to the point of cloning and creating an identical living animal.  “Dolly”, the sheep is cloned in 1996.  Science is on the edge of creating new life forms, if not human copies.  The only obstacle appears to be politics; political resistance to the idea of creating life in a test tube.

Dolly (Born in 1996, dies in 2003 from lung disease and severe arthritis. Her 6 year life span compares unfavorably with the 10 to 12 years of most sheep.)

Political resistance to cloning is weakening as evidenced by the first clone of a man’s leg cell and a cow egg in 1998.  The embryo is destroyed after 12 days but a level of viability is proven.  (Coincidentally, Wells includes a bovine human in The Island of Dr. Moreau.)

In 2008, a biotechnology company created five mature human embryos from the nucleus of skin cells planted into a human egg.  The embryos are allowed to mature to a viable inner cell mass called a blastocyst which is an early structure of mammals.  They were destroyed at that stage but the experiment shows viability at a later stage of human cloning than in 1998.  In 2013, scientists successfully cloned adult human cells.

It is possible to create duplicates of living animals, and human’ cells; add to that the potential of modifying genetic material–a feat achieved, but politically reviled by most scientists and the general public.  For science, “humanimals” seem a viable and potential human creation.

“Humanimals” is a mad-scientist idea.  The seductive interest in this science is that cloning and genetic modification offer opportunities for regeneration of damaged nerve cells, medical cures, organ and limb replacements; etc.  Fear accompanies this avenue of research because the “thrill of discovery” seduces scientists’ into pursuit of knowledge without philosophical, moral, or ethical consideration of consequence.

Chinese scientist, He Jiankui, uses CRSPR to modify the human genome in 2018. On December 30, 2019 He is sentenced to 3 years in prison for “illegal medical practice”.

A host of moral and philosophical conflicts are raised as science advances toward the creation of life.  When does life become life and what right does a living human being have to end or create life?  One might answer–society already has laws which allow life to end life; so why not create laws that allow creation of life.  There lays the restraining influence of politics; i.e. not all agree with life taking life, right to choose life, right to choose death; so on and so on.

Politics mitigate the consequence of mad science. However, money, power, and prestige motivate the good and bad of humankind.

Growth of skin cells save a 7 year-old’s life by replacing 60 percent of skin loss from disease in 2015.

Doctor De Luca cultures skin cells from a portion of the boy’s body that is not diseased.

Ray Kurzweil suggests the future of human beings will involve a merger of human’ DNA and micro-technology.   The Island of Dr. Moreau may be re-titled “The Island of Dr. Anonymous” with island earth populated by “humanimals” and “humotics”.

Like Well’s hero, Edward Prendick, surviving humans may have to leave island earth if they want to remain “only” human.  The fable of Pandora explains that “hope” is the politics of the possible. It may be all that is left at the bottom of the box.