Sexual orientation, and what became known as LGBT rights, is hotly debated in America.  Four rulings between 1996 and 2015 changed the rights of the LGBT (lesbian, gay, bisexual, and transgender) community.  The Supreme Court invalidated a state law banning protected class recognition based on homosexuality; invalidated sodomy laws nationwide, denied the validity of the “Defense of Marriage Act”, and made same-sex marriage legal in America.

Nell Zink validates the direction of society’s recognition of LGBT rights in her book “Mislaid”.  Zink creates four characters who illustrate how American equal rights for the LGBT community are changing.  Lee, a husband, is gay.  Peggy, his wife, is lesbian.  Being gay or lesbian is a label implying gays only have sex with men and lesbians only have sex with women.  “Mislaid” suggests that is a myth.  Lee and Peggy clearly express their preference for same-sex liaisons; however, being gay or lesbian is a preference; not an inviolable mandate or predilection.

Humans may be seduced by the pleasure of sex regardless of sexual orientation.  Though both Lee and Peggy are noted to have same-sex preference, they become man and wife and bare two children during their marriage.  Just as the words gay and lesbian are labels, the same can be said of bisexual.  Sexual acts are fundamentally gender neutral.

The disingenuous politicization of the “Don’t Say Gay” bill by the governor of Florida is disgusting.  The Disney corporation creates amusement parks for all people, regardless of sexual orientation.

A second myth that is exploded is that the children of gay and/or lesbian parents produce sexually confused offspring.  Both the son and daughter of Lee and Peggy are heterosexual.  Zink implies that sexual preference is a happenstance of genetics, not parental influence.  Current science and sociological studies reinforce that belief.

Love between Lee and Peggy is not part of their sexual relationship.  At best, it is a partnership of circumstance and convenience.  Lack of love leads to divorce when their son is nine and their daughter is three. 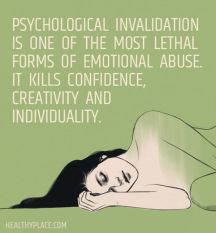 Lee is the dominant presence in the relationship.  Lee psychologically abuses his wife with extramarital affairs and ridicule that is focused on Peggy’s unrealistic literary ambition. Peggy’s reaction is to act out by driving her husband’s favorite car into a lake and eventually leaving her husband.  Peggy expects to take both of her children with her but their nine-year-old son refuses to leave; in part because of Lee’s labeling of Peggy as psychologically unbalanced (another frequently misused label). 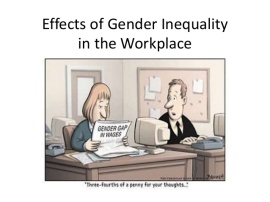 Each child grows up in starkly different environments.  The boy becomes an academic athlete at William and Mary while the girl becomes a struggling scholarship-aid student at the same school.  Their independent upbringing represents two ends of the spectrum of growing up in America.  One, is a life of upper middle class wealth; the other a life of poverty.  One shows the privilege of being a man and the difficulty of being a woman in a world largely controlled by men.

“Mislaid” could have been a much better novel.  It deals with life’s complexity very well, but fails to engross its listener in its characters.  A reader/listener’s empathy is rarely tapped by a story full of potential.  However, Nell Zink deftly and intelligently covers a host of subjects that warrant the time it takes for the public to read or listen to “Mislaid”.  It provides a better understanding of the LGBT community.  It illustrates how much more difficult it is for an American woman than an American man to raise a child on her own.